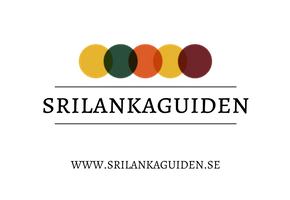 "Sri Lanka is so jam-packed with alluring outdoorsy activities that visitors often high-tail it out of the capital a day or two after arriving, choosing instead to spend their vacation days lounging on a southern beach, whale-watching off the coast or leopard-spotting in a national park. Yet Colombo is fast becoming a draw in itself. This city of 555,000 people has been on fast-forward since a 25-year civil war ended in 2009." New York Times - läs mer

"Postwar exuberance and government funding are reviving the Sri Lankan capital. From a tea-tasting odyssey to zigzagging between galleries, Cynthia Rosenfeld taps into the buzz"  Financial Times - läs mer

THINK OF SRI LANKA and what springs to mind? Beaches and Buddhas, temples and jungles, elephants and tea-clad hills. Heady metropolitan sophistication? Not so much. But five years after the bitter 25-year civil war between the government and the Liberation Tigers of Tamil Eelam came to an end, Colombo has transformed itself. Once a shabby sprawl, to be skirted briskly en route to the beaches of the south, it’s become a confident, cosmopolitan, culture-rich hub. - läs mer

Planning a perfect day in Colombo is easier said than done. Make plans in Sri Lanka's sunny capital and it will find a way to distract you, shuffle your schedule and insist that you move at its pace - läs mer